Translating tourism content: Could there be anything more joyous? Surely, working with tourism content must be a dream come true for every translator out there. Writing about beaches, mountain pastures, sights and hiking trails all day … What’s not to like?!

Well, actually, translating tourism content can be quite tricky. Just like during a “normal” holiday, mishaps can happen during a “translation holiday” as well.

Don’t know what we’re talking about? Let’s get down to the nitty-gritty then …

Tourism and translation: a match made in heaven?

One thing’s for sure: Tourism and translation go together like summer and sunshine. Why? Plain and simple, because tourism services are usually not (only) targeted at Mr Jones and Mrs Smith from the neighbouring village.

The target group of tourism is the whole world, so to speak. And thanks to the infinite realms of the World Wide Web, it’s now easy to reach everyone from Chinese package holidaymakers to Spanish backpackers.

Just like in many other areas, the internet has become the central hub of the tourism industry. Today’s consumers are used to shopping online for anything from clothes to TVs, sports equipment – and holidays.

But here’s the catch: As we all know, there’s more than just one language on this planet. And with a topic as emotional as travel you want to speak the customer’s language to engage with him or her.

The consequence: Translating tourism content has become a necessity. The good news: With English, you already have some of your bases covered, as a majority of consumers understands this universal language.

But is English really enough? 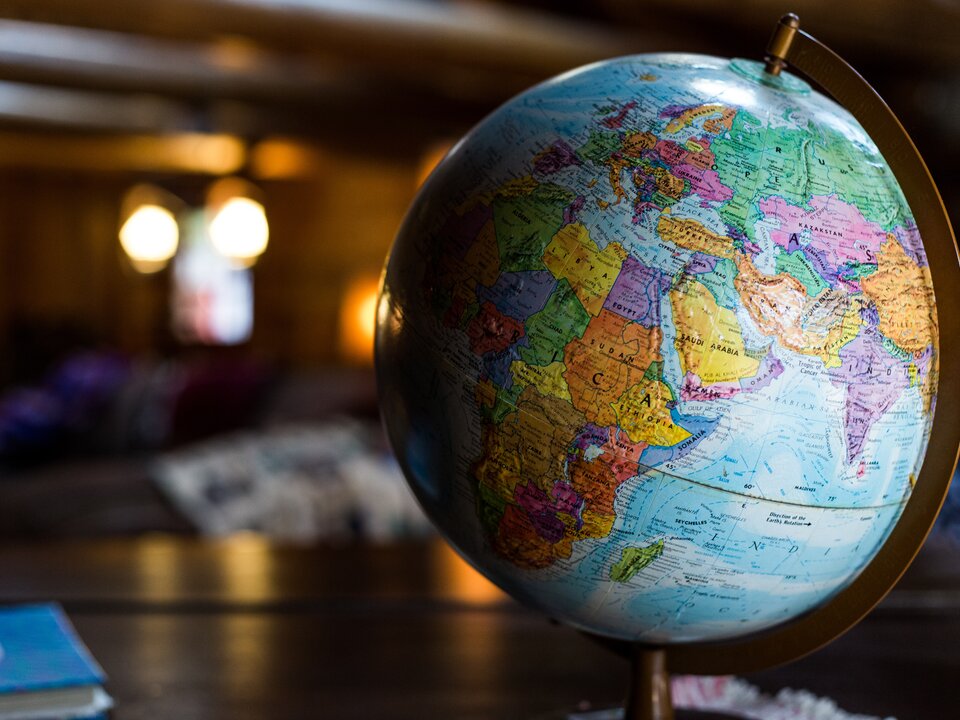 Unfortunately, there’s no universal answer to the question of how many languages your tourism content should be translated into. That’s because it largely depends on your target audience and your overall business strategy. However, whether it’s one, two or five languages you have in mind – there are plenty of good reasons to have your content translated. 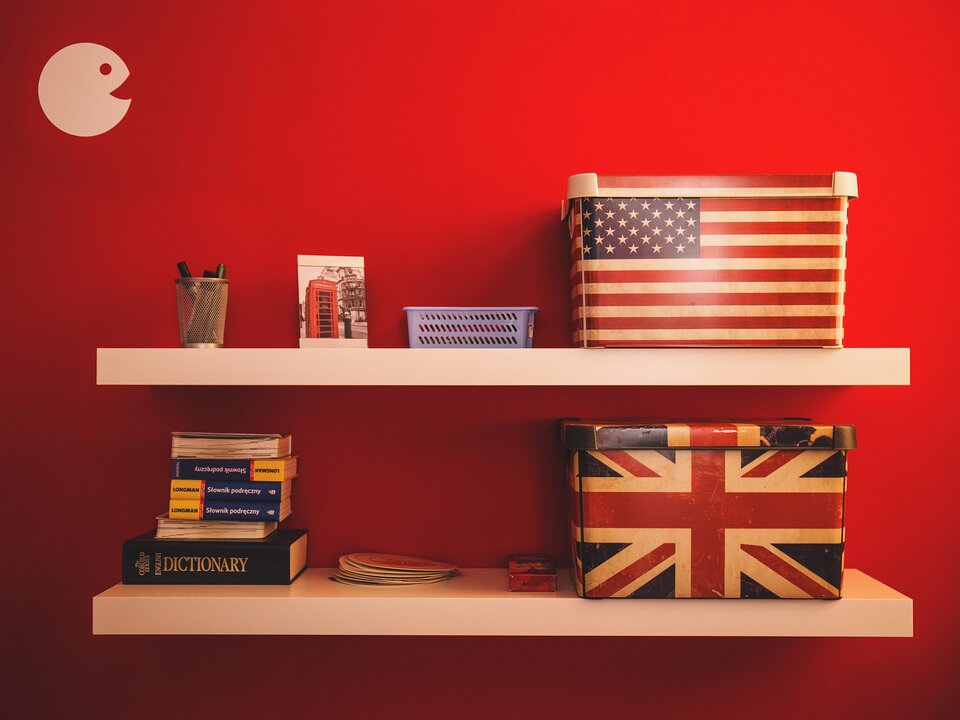 Websites that are only available in one language hardly ever rank for search queries in other languages. So translating your content improves your search engine marketing.

Did you know that 70 per cent of consumers spend most of their time on websites written in their native language? With a foreign-language version of your website, you might reach travellers that otherwise would never have considered visiting your website.

Reading texts in a foreign language is different from reading a text in your native language. Foreign-language content makes it easier and more pleasant for users to find the information they are looking for.

By the way: When we talk about tourism content, we don’t just mean your website. In many cases, it makes sense to translate your social media or blogs as well.

After reading the first part of our article, you’re all set on translating your website? Excellent choice!

The good news: Tourism content is usually not as technical and complicated as other text types.

Great, you think, then I can just give it to Mike from Accounts, who has just brushed up on his language skills on his last trip to Italy? Or maybe we just use Google Translate?

We hate to tell you, but: You’d better not. No offence, we’re sure Mike from Accounts is a great guy. But are you 100 per cent sure that his language skills go beyond “pasta e vino”?

And about Google Translate … Feel free to consult our article “Google Translate: Friend or foe?” (NB: this article is only available in German) for an idea of what cringe-worthy results you might end up with. Apart from that, machine translation isn’t such a good idea anyway as Google recognises it as “automatically generated content” – which negatively affects your ranking. Bummer! 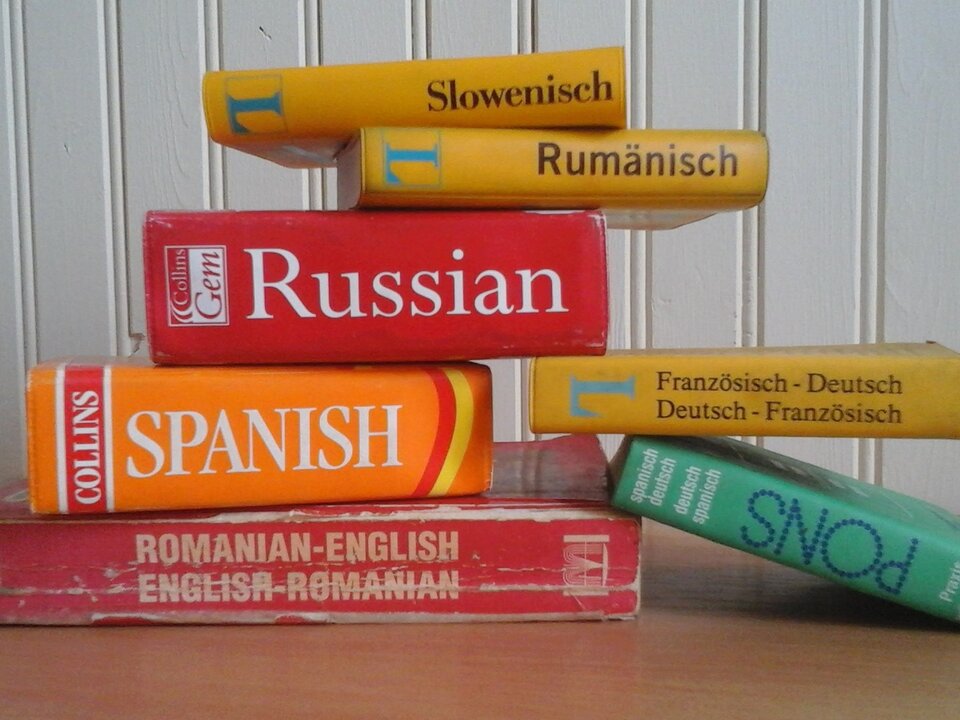 A much better idea is to hand the job over to a professional translator. Ideally, he or she is not just familiar with the particularities of translating for tourism, but also with those of your brand.

But what’s so difficult about translating tourism content that we shouldn’t just let the Accounts guy take care of it (sorry, Mike!)?

Travel, leisure and holidays are very emotional topics. That’s why the language of tourism is often informal, emotive and full of idioms. After all, that’s the best way to entice and inspire future guests and make them want to spend their holiday in your region. However, what sounds enticing in one language, may not sound as appealing in another language. French travellers are different from tourists from Japan or the US and consequently need to be addressed differently. What’s more, idioms are notoriously difficult to translate.

The most common problems when translating tourism content are cultural differences and particularities. Quite simply, if something doesn’t exist in another language, it will likely be hard to translate. So what do you do with Austrian specialities like “Kaspressknödel” or the “Eichkatzl-Wanderweg”? Do you simply describe them in the target language, or do you leave their original names and add an

explanation? A professional translator will know how to deal with cultural specifics like these and take into account the context that they are used in.

It’s difficult to describe a place you have never been to. That’s why we at punkt & komma are big fans of on-site research. In reality, though, it will be impossible to visit every remote hiking trail. However, without a clear picture in mind, you easily end up with major translation fails. Like when the “Russian diver” later turns out to be a female platform diver instead of a male deep-sea explorer … whoops! If you’re in doubt, better check back with the client!

One thing’s for sure: Translating tourism content requires a high degree of intercultural competence. As a translator, you need excellent language skills in the source and target language – plus vast knowledge about cultural conventions and particularities.

The goal: coming up with a creative, emotional, culturally adapted translation that provides information and gets your readers in the mood for holidaying.

How does a professional translation work?

The most common ways to create successful foreign-language content are creative translation and localization.

Localization means to adapt the linguistic and cultural aspects of content to a certain target group. This not only refers to the actual translation of the text but sometimes also includes other adaptations: 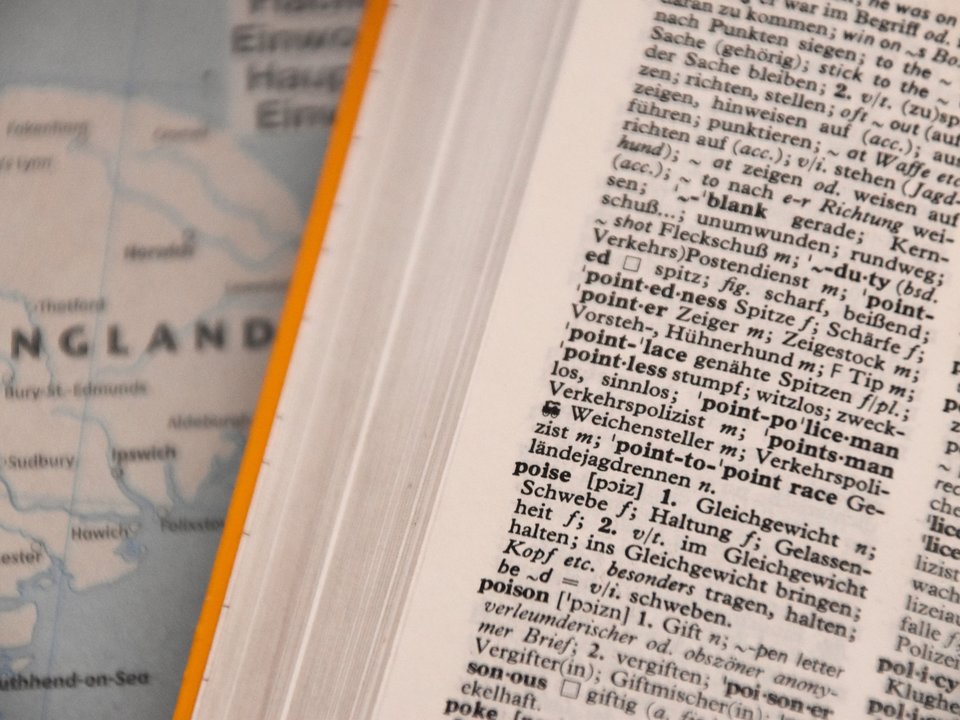 As you can see, translating tourism content isn’t as easy as it may seem. So roping in the help of a professional translator almost always pays off!

After all, customers don’t trust badly translated websites! 80 per cent of internet users would rather think twice than buy something off a poorly translated website. And that’s not much of a surprise. Wouldn’t you have a closer look too if you were to use your credit card to purchase or book something on a website?

The bottom line: Bring in the experts!

Translating your tourism content unlocks significant potentials for your brand. It has the power to open the doors to new target groups and to win over new guests. But only if the quality is right!

It’s best to place your foreign-language content in the hands of experienced translators like those at punkt & komma. They know what it takes to hit the bull’s eye with your target group!

By the way: Did you know that punkt & komma not only provides you with professional translations but also with Engli

sh-language copy and international keyword research? Have a look at our foreign language services!

Get in touch with us anytime! 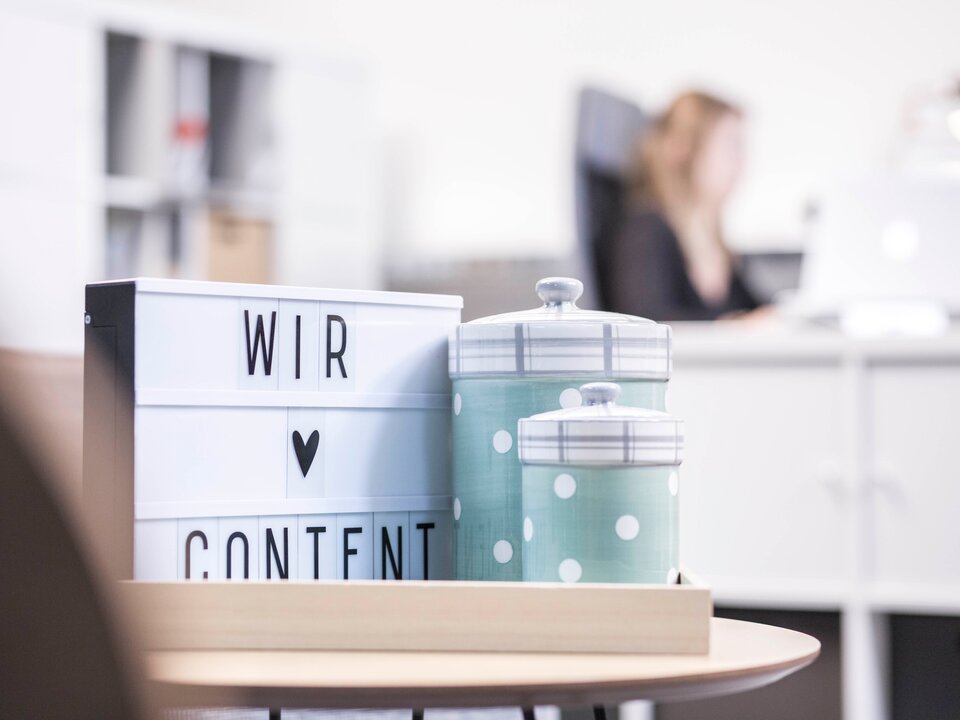 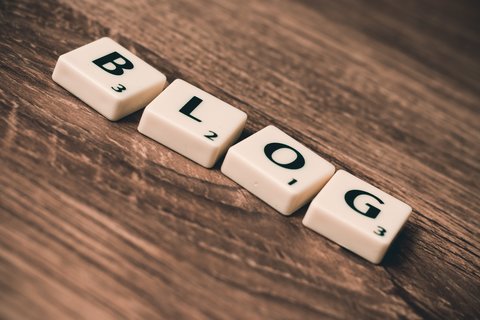 Find out everything you need to know about corporate blogging 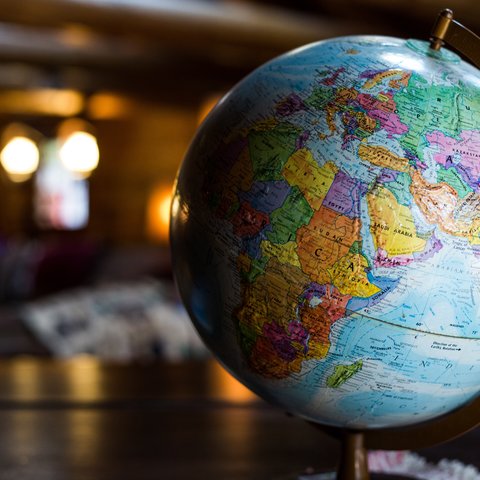 Native or non-native, that’s the question 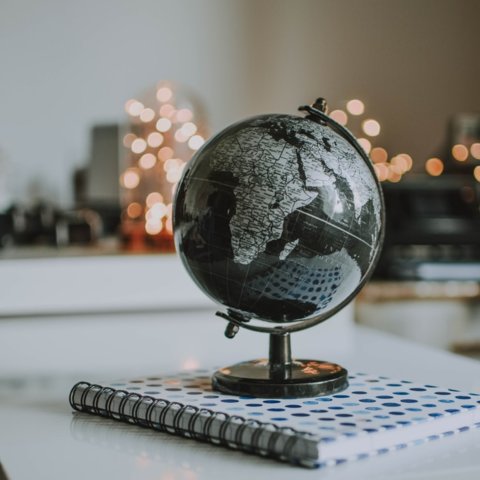 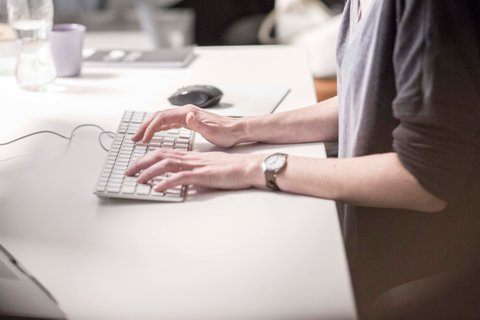 These are the keyword tools the punkt & komma team uses 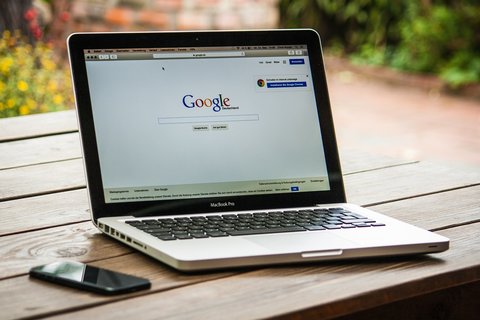 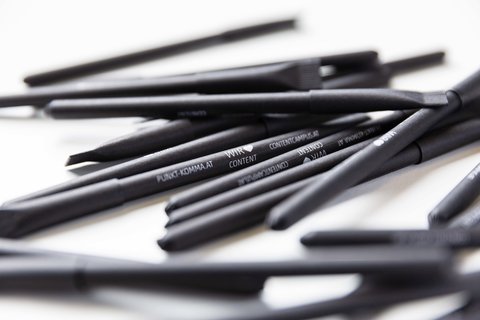