Storytelling beyond the hero’s journey

Corporate communications, content management, branding: Storytelling is an effective tool in all of these areas – if used correctly! There are two options: Either you play it safe and work with the tried and tested hero’s journey, the predominant narrative model of the present. Or you embark on a different kind of journey and venture into the unknown. Find out how to do this successfully and what your future stories could look like!

To refresh your memory: The hero’s journey is easy to understand, has a clear structure, and can be applied to almost any topic. But is the self-contained heroic epic also the narrative model of the future? It's time to get to the bottom of this question and experiment with different storytelling approaches. It just might help you to stand out from the competition with authentic stories – sooner rather than later. 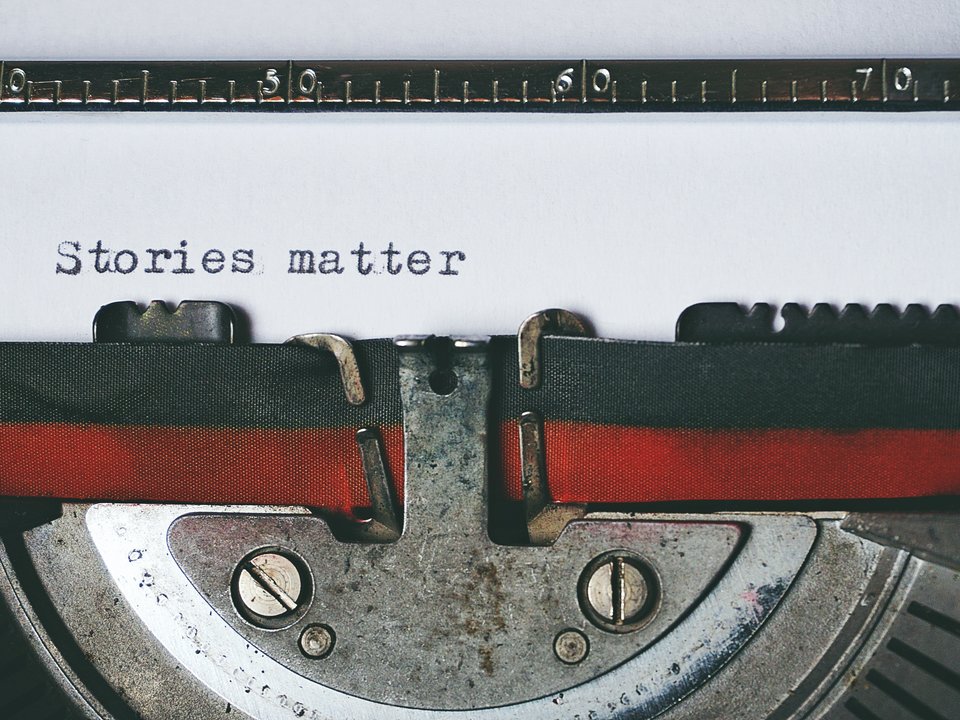 Storytelling in the post-hero’s journey era

Storytelling = hero's journey? Not necessarily! There are various alternative approaches that allow you to tell your stories differently and still – or rather, because of that – stick in people’s memory. I’d like to show you five of them in more detail.

"Jointly told tales", i.e. stories told together, shed light on a specific issue – in the form of a dialogue and from different perspectives. There’s no narrative hierarchy. Instead, each individual narrative is of equal importance. Many small stories merge into one greater whole. The story itself always remains open and leaves room for new perspectives and additional opinions. The idea of "jointly told tales" can be traced back to American ethnologist John van Maanen. And it’s based on the method of "learning histories".

In corporate communications, multi-perspective experience reports can be used, for example, in product presentations. Standard descriptions are yesterday’s news! Surely product developers, employees or satisfied customers have exciting things to say, which gradually become a gripping story – as in the case of the Facebook group of our client Simplon. 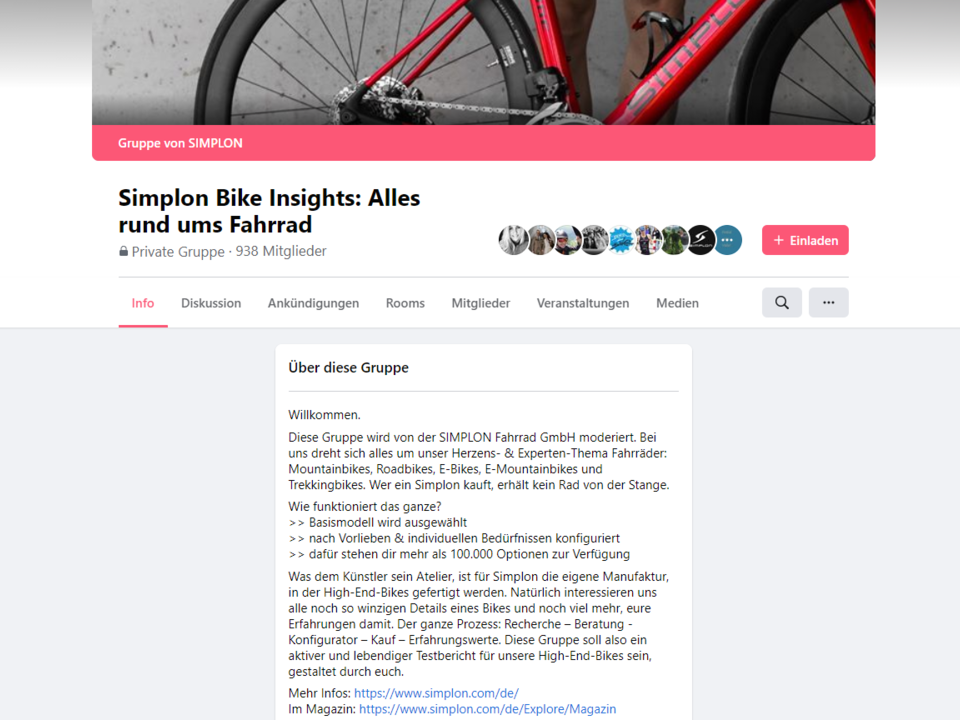 Resonance narratives are stories about individual experiences and moments that captivate and move us. The focus, in this case, is on the reaction to a specific "point of view". Everyone is moved by something and can, in turn, move others – and that’s precisely what shapes successful interactions between your company and its environment. The basis of this narrative form is the so-called resonance theory developed by German sociologist and political scientist Hartmut Rosa.

Examples in the corporate context are customer or employee voices. Give your stakeholders a chance to speak and to share their personal experiences with your brand, products, or services. What matters most is that their stories are truly authentic and are presented accordingly. Customer testimonials on the home page of The Female Company are a great example of what this can look like. 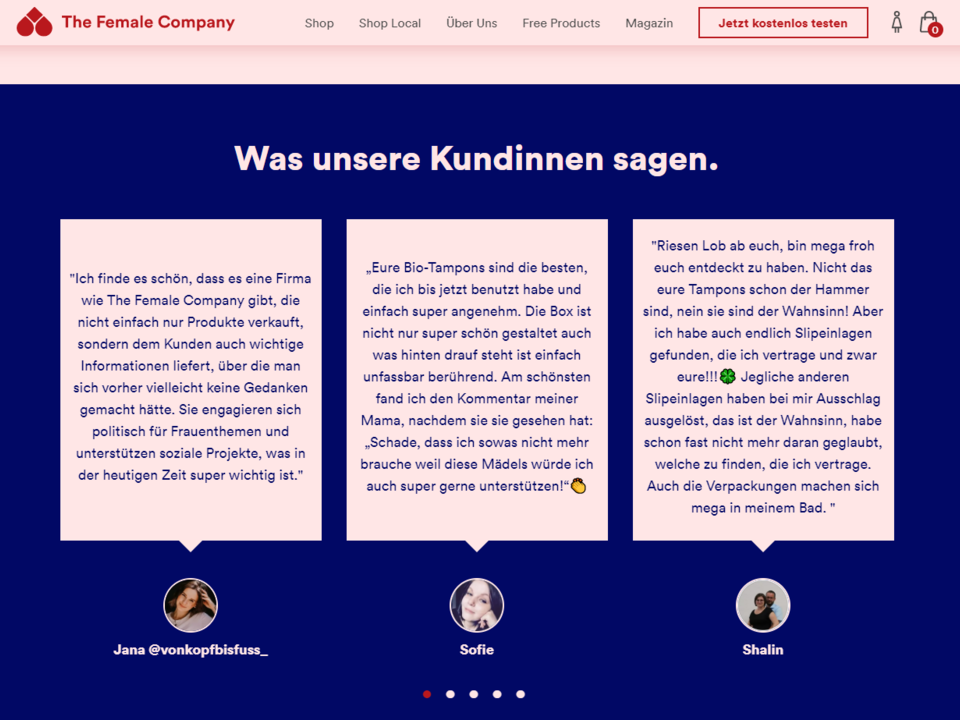 Micro-stories are extra short stories. While even short stories usually consist of three parts, the micro version can get by with only two parts: a beginning and an end. There is no need for a villain or a long arc of suspense. The entire story is reduced down to the core message. A strong, convincing beginning is important to have the reader on the "narrative hook". Follow this up with a surprising ending that creates an "aha" effect. And what you get is a great micro-story!

The most famous example is probably Julius Caesar's "Veni, vidi, vici". "I came, I saw, I conquered": Sure, he had an opponent. But who this opponent was remains a mystery, since it’s irrelevant to the message. Caesar went into battle and he won – that’s all that matters. 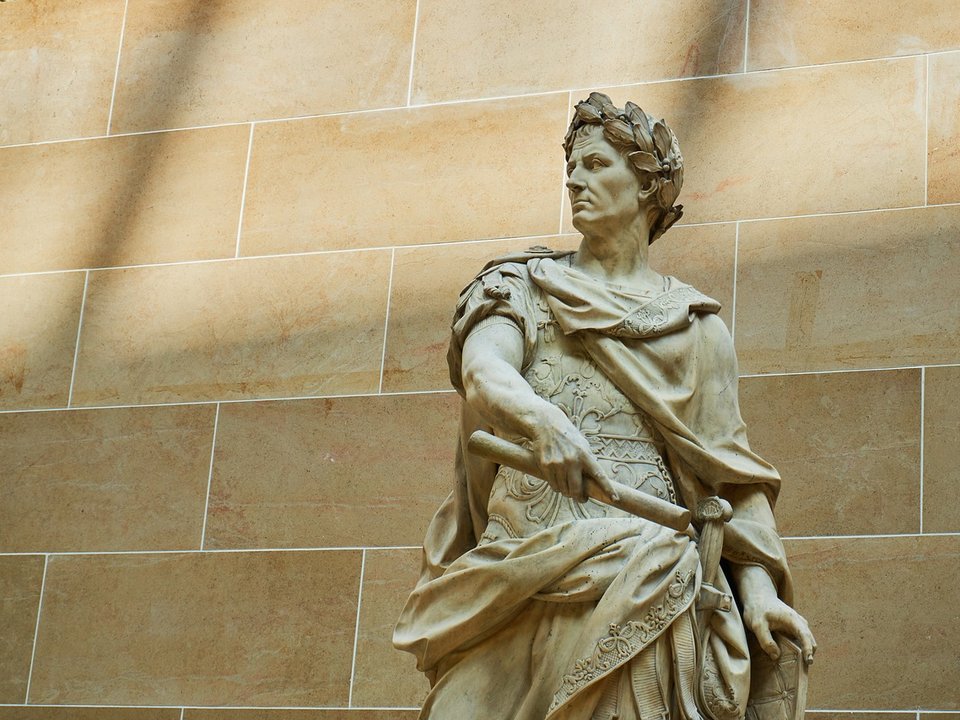 Is there such a thing as a story without any conflicts and trials? Yes, there is – and in China, Korea, and Japan, it even belongs to the classic narrative structures. Characteristic for the Kishōtenketsu model is an unexpected turn of events, which at first glance has nothing to do with the actual plot. Sounds a bit strange? It's just unusual for European ears – and storytellers. The stories are structured as follows:

It is not easy to find an English- or German-language example of this narrative form. The story of smoothie manufacturer Innocent comes closest. It starts with the sale of smoothies at a music festival. What all this has to do with the founding of the company is explained later on. But even aside from this, Innocent presents a colourful product world that makes do without any conflicts. 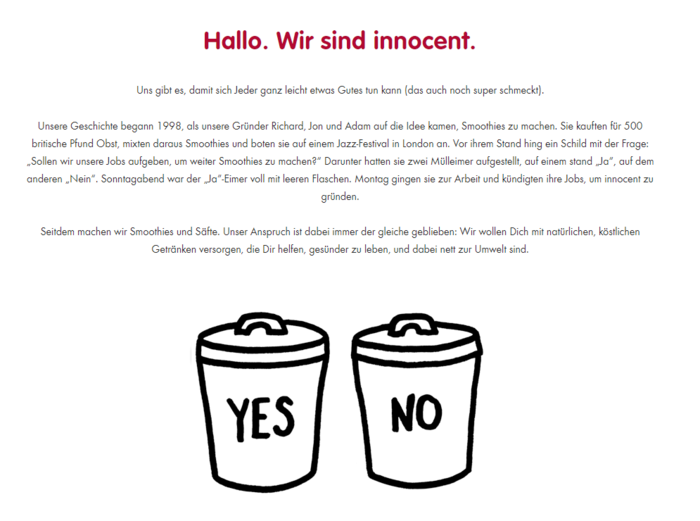 A colourful world of products 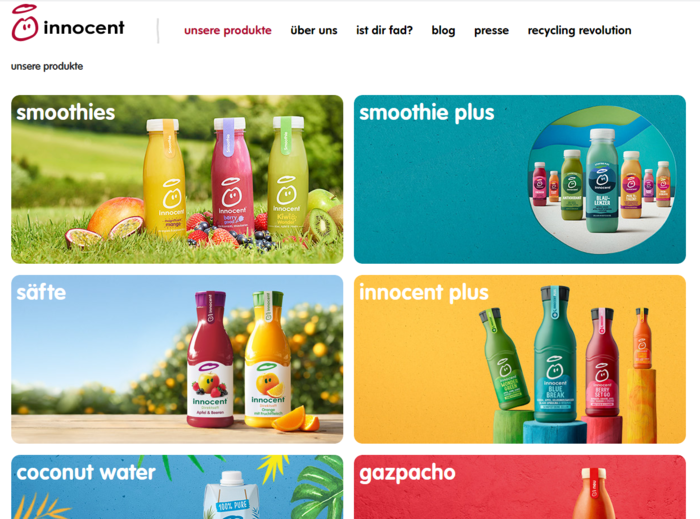 The name of this alternative to the hero’s journey already makes it stand out: Viking Velociraptor Formula. It’s a storytelling approach that was developed by Colin Theriot, and it contains the following five components:

Similar to storydoing, it highlights what you are "fighting" for and against with your brand. The focus is on "becoming active through language".

How about an example? The communications of the Einhorn start-up shows parallels to the Viking Velociraptor Formula: On their "About Us" page, an all too familiar frustrating situation is illustrated, followed by a description of why and what the company is doing about it. In the Fairstainability Report 2017, the company's values are set against clearly named opposing forces. 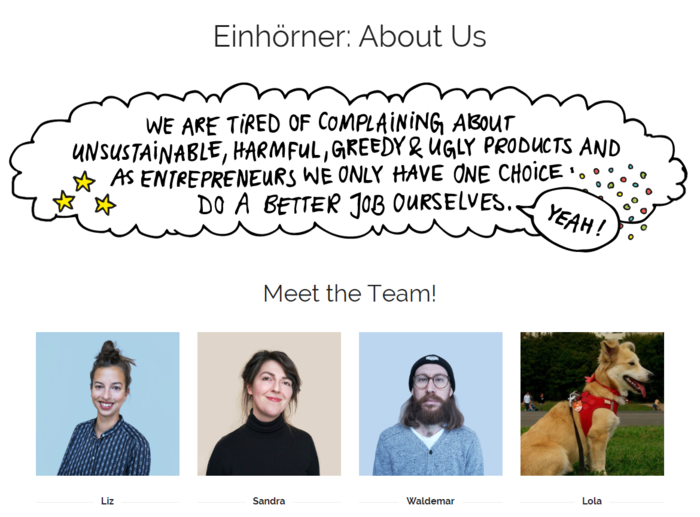 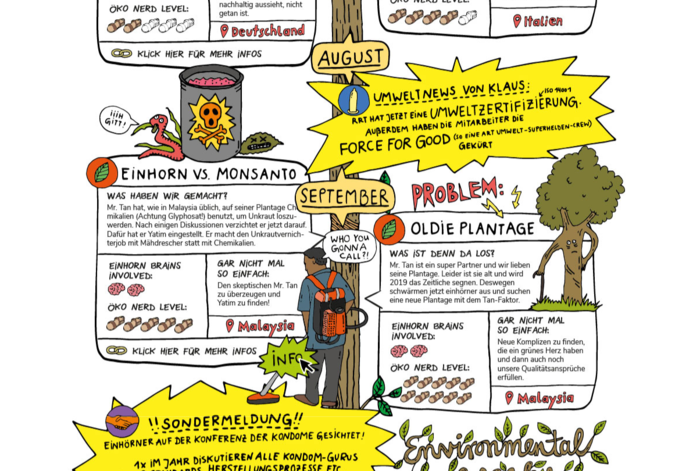 What it takes for a good story

Regardless of the various models – there are several elements that make an ordinary story a really good and gripping one. Among them are:

And remember: Like any other type of corporate communication, stories need to fulfil a specific purpose. They should be created with a goal in mind. So try to draw a connection to your company even in personal stories.

Dare to think outside the box and always keep in mind what good stories are made of. Then storytelling works, even without having a hero who embarks on a journey …

You’d like to brainstorm storytelling ideas for your company together with our experts? The punkt & komma team is always here for you! 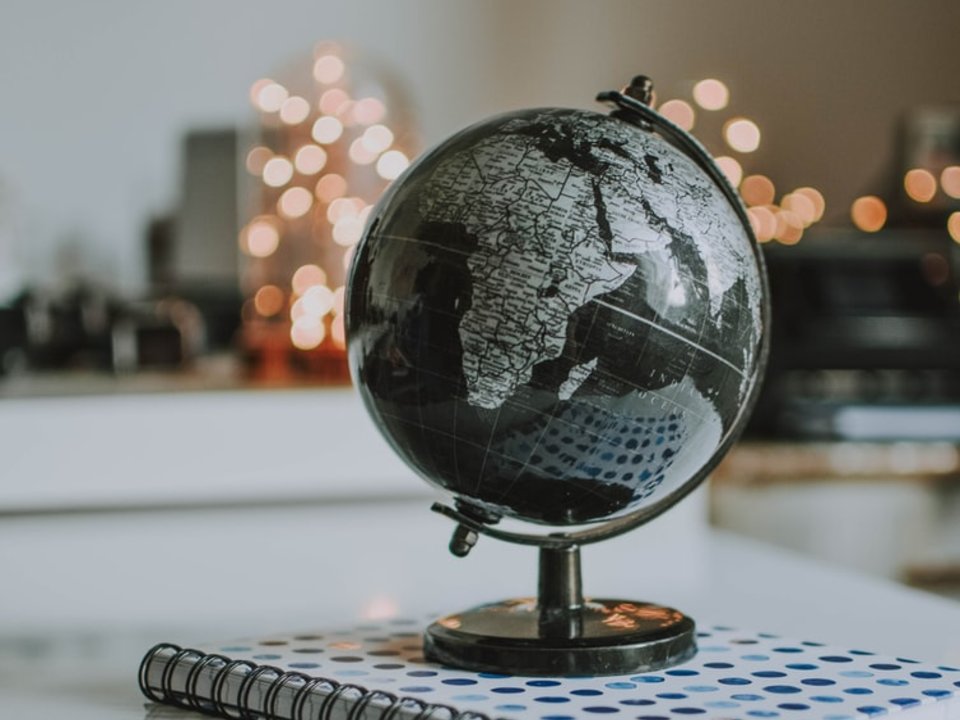 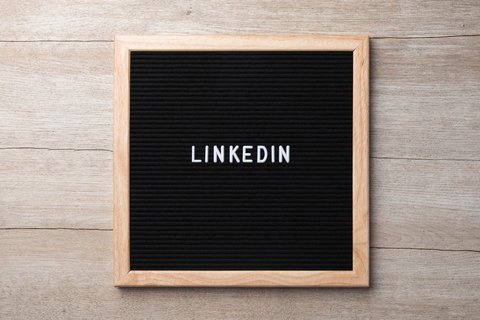 Why your company should be on LinkedIn 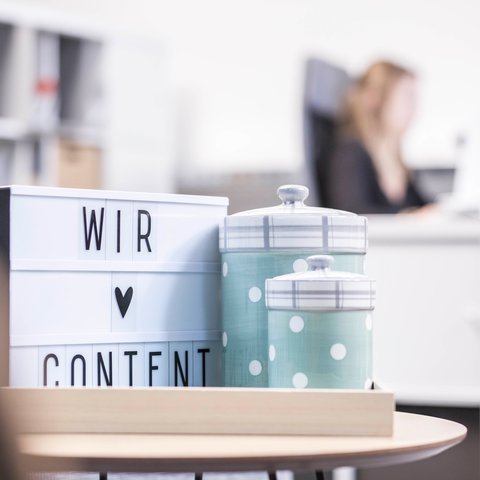 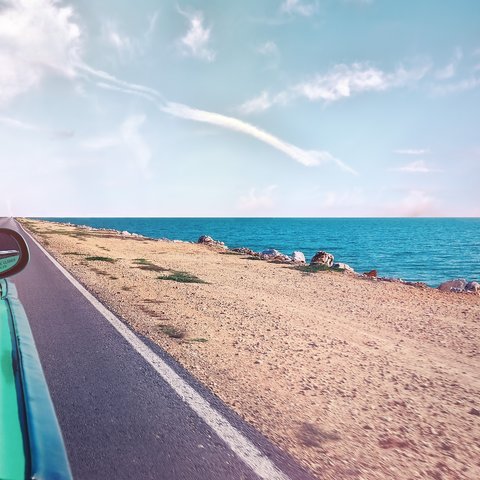 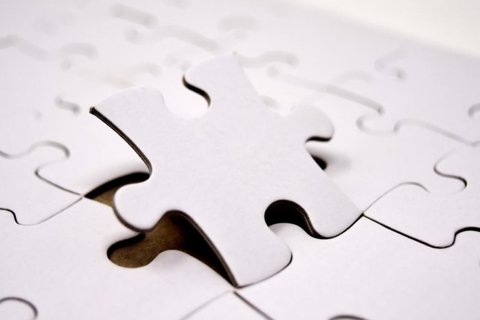 These distribution channels work together perfectly 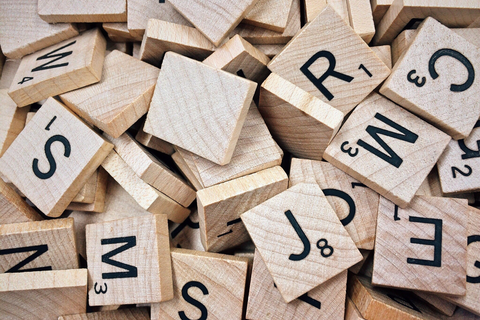 The power of words

How language affects our existence 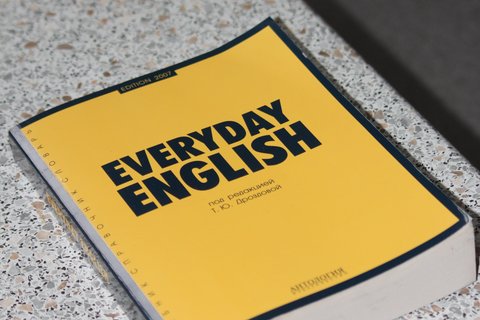